When in South Korea

With all of the hype the K-drama industry is getting, and rightfully so, South Korea should definitely be on every travel junkie’s bucket list. Here are some best places in Korea that we visited. 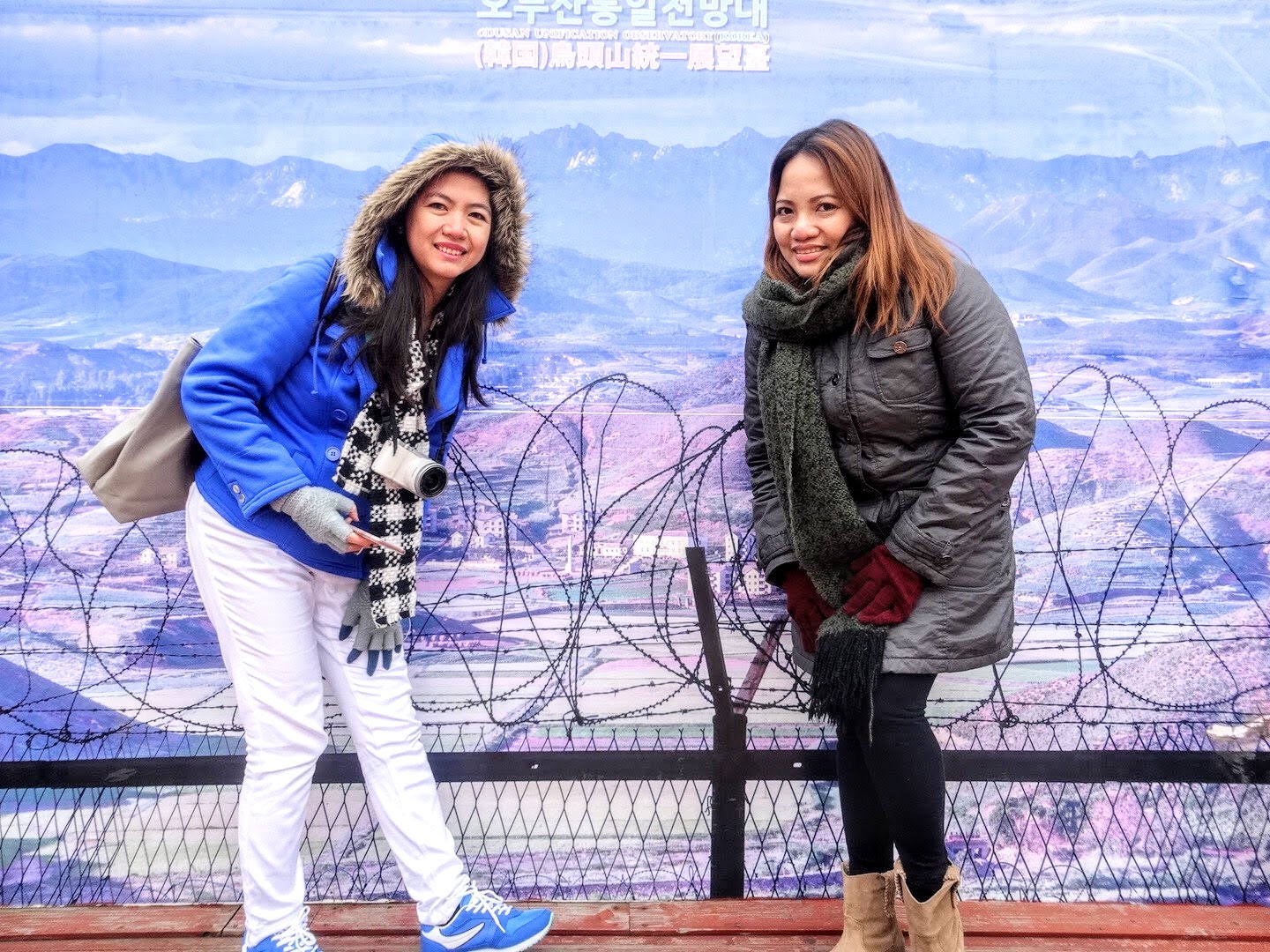 The DMZ border. famous from the movie Crash Landing on You

For K-drama fanatics or movie enthusiasts, you may have seen it once, twice, or more than your fingers can count. Nami Island is where characters fall in love and have nature and several strangers, as their witnesses- only to eventually break apart, wallow in the memories made in that place, and go back to Nami Island to reunite. It's a sappy narration, but that's the magic of Nami Island- it makes you endlessly, hopelessly, romantic. 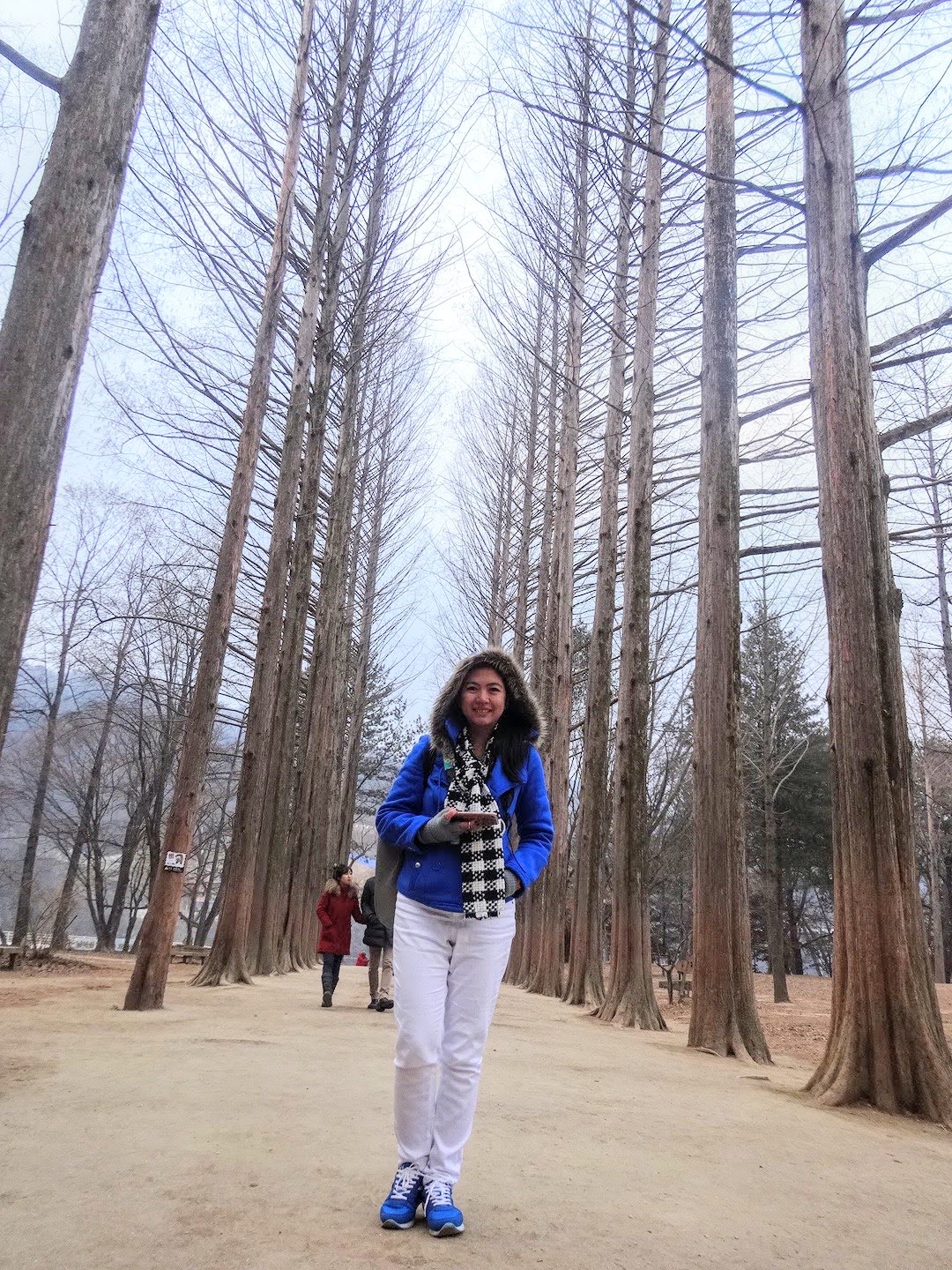 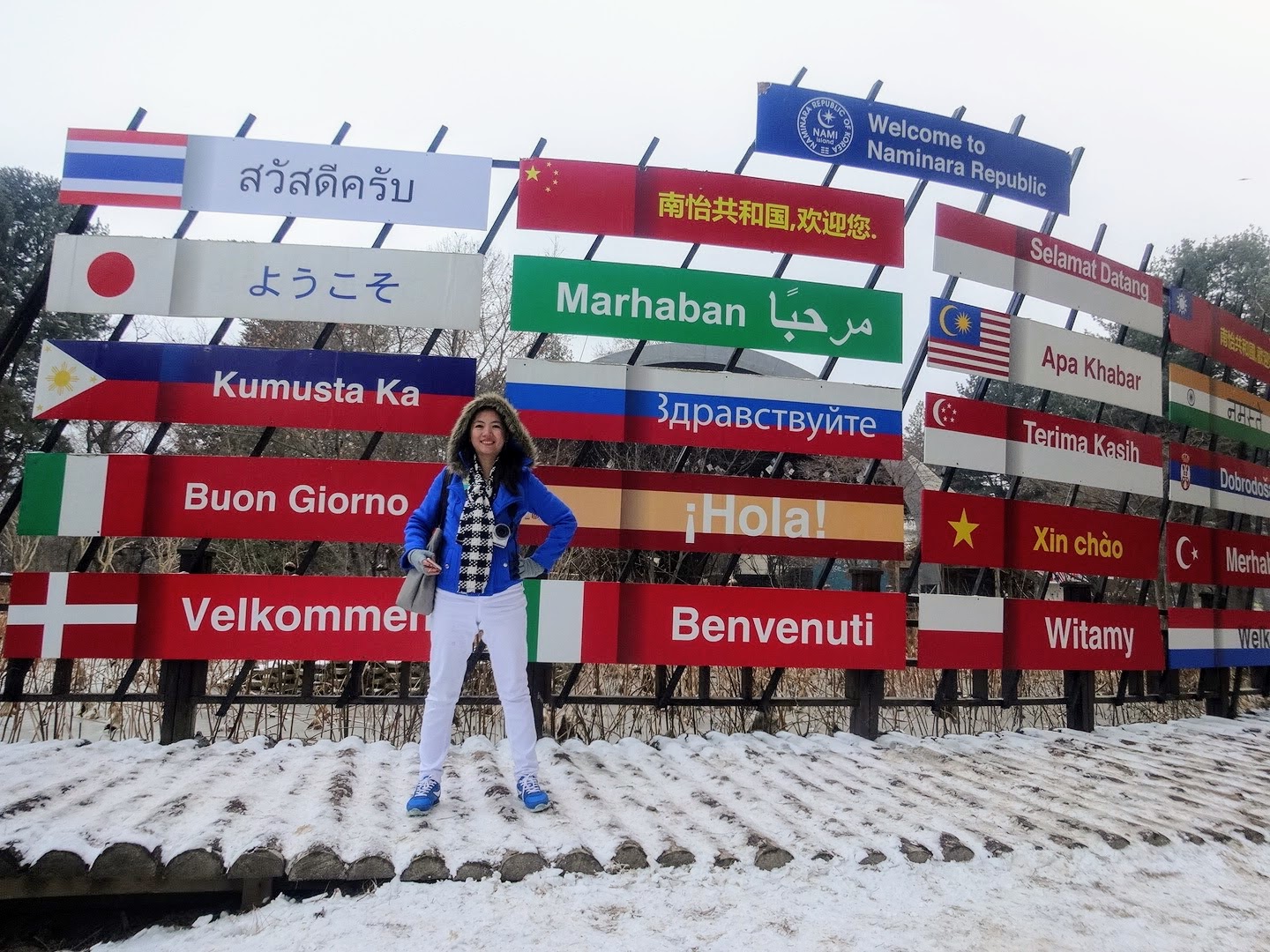 Personally, I think there’s no such thing as the ‘’best’’ time to visit this place because it doesn’t fall short on any of its four seasons- it’s equally stunning in all of them. But here’s a little travel hack for you, if you want to join in on lively and exciting festivals, you might want to consider visiting during Autumn or Spring and witness the Gingko Tree Lane light up in all its golden splendor.

Our next stop was Gyeongbokgung Palace. It is one of the royal gems built during the Joseon Dynasty. It may be a palace, but it isn't too ostentatious. The overall simplicity of the place is actually grounding, and not to mention how it is deeply connected to nature makes you want to meditate on-site despite the giddy feeling of being a first-time tourist. While it lacked in grandiose display in wealth, the historical value it brings is rich. When we visited there, half the ground was covered with white, pristine, snow. 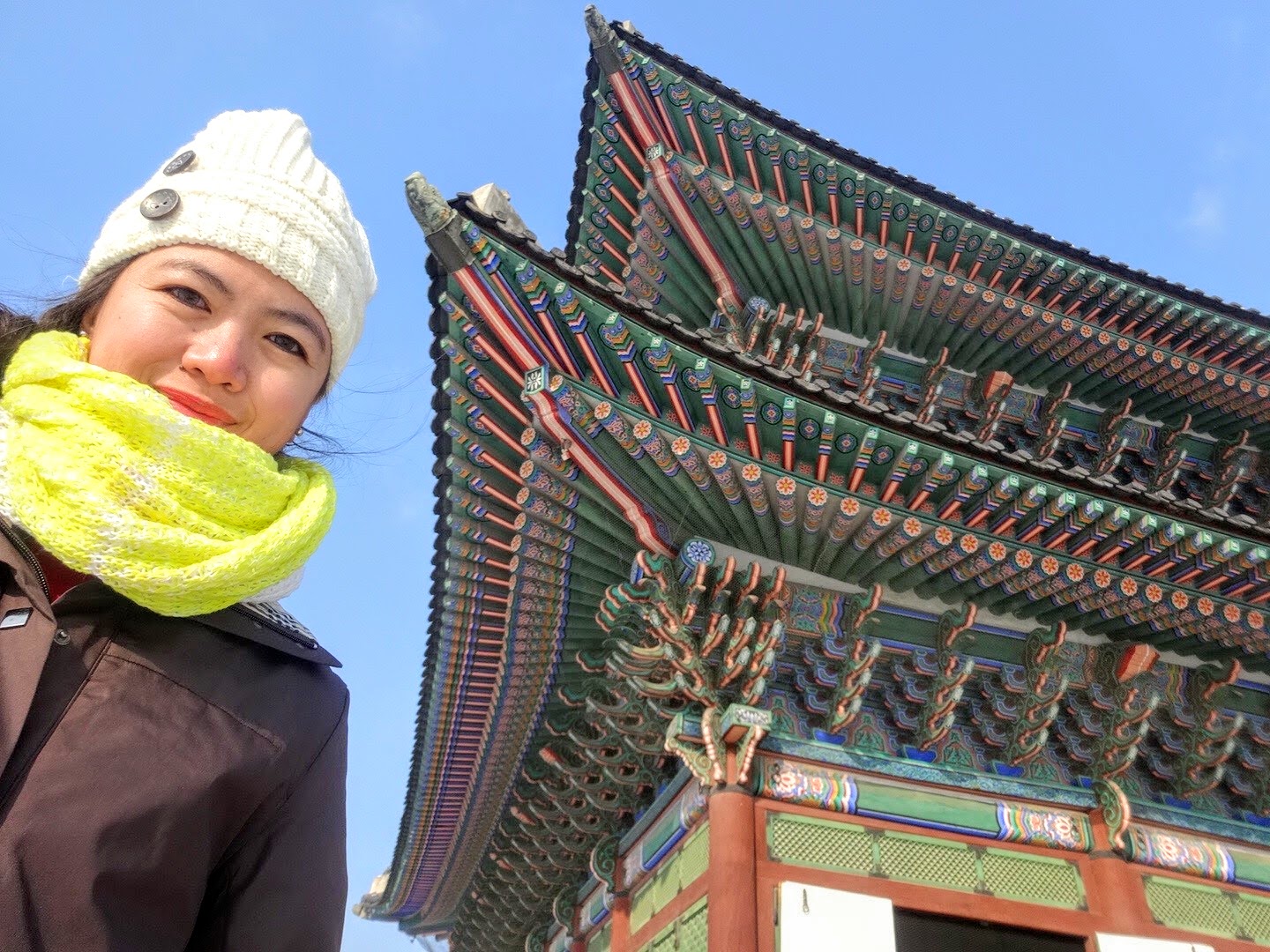 The place was sprawled with pavilions, villas, intimidating-looking gates, and a crown hall, A CROWN HALL that I may just well be transported in the past with how much preservation the place has for its traditional form. It's not that I didn't consider the possibility of freezing to death as something plausible with how many pictures we took under the low temperature, but at least I get to tell people that I walked the same grounds as the former Kings and Queens of  South Korea.

I've also read somewhere that those who appear in traditional costume don’t have to pay any entrance fee, and I might just try it the next time I visit. 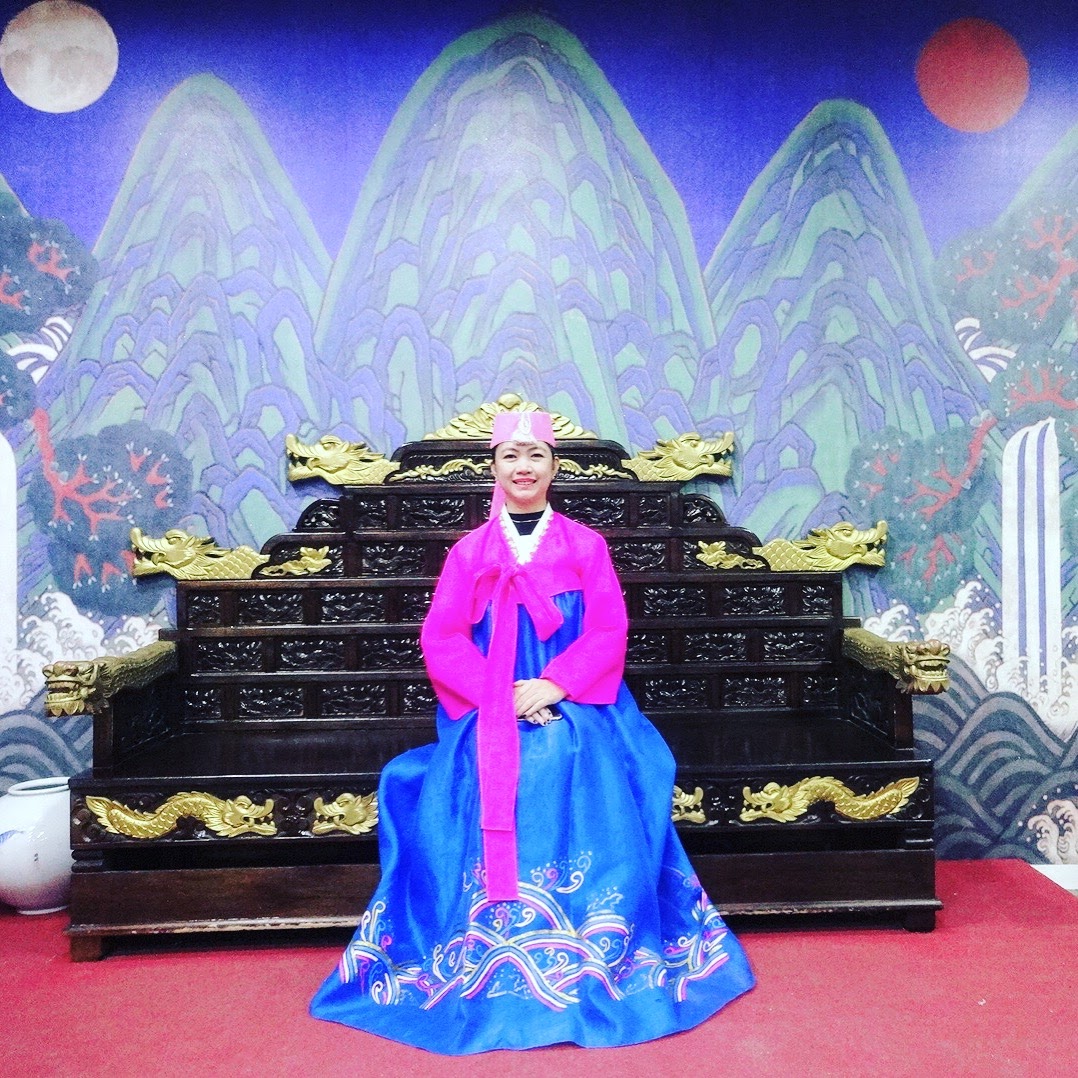 Then we visited Lotte World, and the place was filled to the brim with magic that it loosened the inner child in us. There were just so many colors and enchanted characters that it was inevitable to gush in excitement. There were also various rides to choose from-all set to give you the kind of thrill you want.

Having the urge to experience their culture first-hand, we tried our luck on kimchi-making because of course, a trip wouldn’t be complete if one did not have a taste of the best food that the place could offer so my friends and I enthusiastically tried their version of Kimchi, Samgyup and, various street foods.