Hokkaido, being in the northernmost of Japan's four main islands, is constantly covered by a blanket of coldness. The abundance of nature is clearly seen with the sprawling volcanoes, mountains, and national parks. When we went there, there was a stretch of the countryside view accompanied by a drizzle that had us tightening our winter clothes. The livelihood of Hokkaido might have centered around agriculture, but it also has its own industrial and commercial centre, as Sapporo is one of its cities that equally lures many tourists as the rest of its counterparts. The Odori park, is truly one for entertainment, with snow sculptures and endless food stalls adorning its wide expanse. It’s colorful and festive in every sense and filled with children’s glee as they go down the ice slides.

There’s also the Sapporo TV Tower which is home, not only to the iconic Sapporo beer but also to some stunning ski resorts in its outskirts. A permanent staple in their local menu includes the delectable juicy hairy crabs. 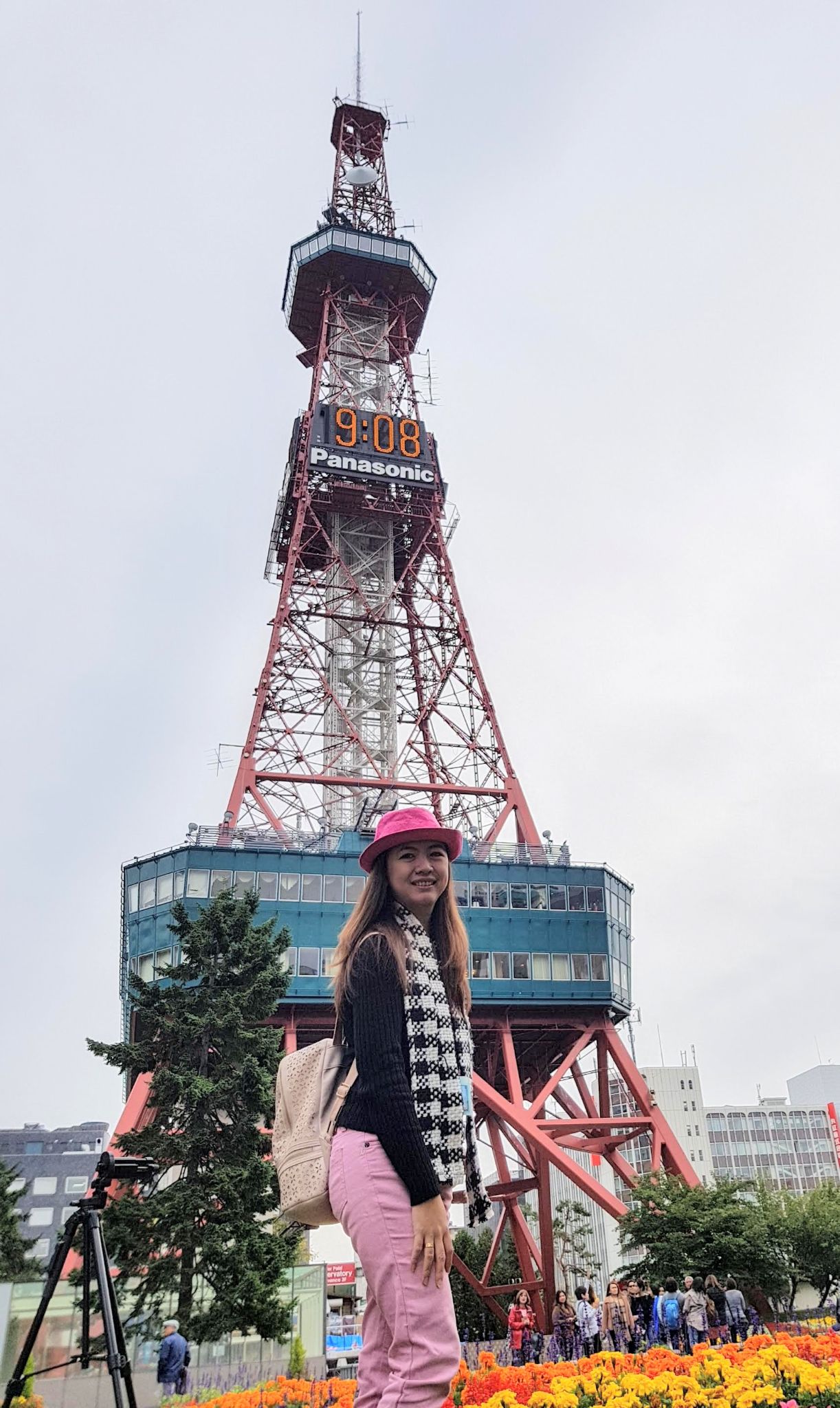 Venturing further is the Otaru canal which is a walkway that’s perfect for strolling in the waterway. A travel hack I can give you is to visit during the evening as lights will be illuminated from ancient old lamps that give you a distinct feeling of aching for a world that isn’t yours. 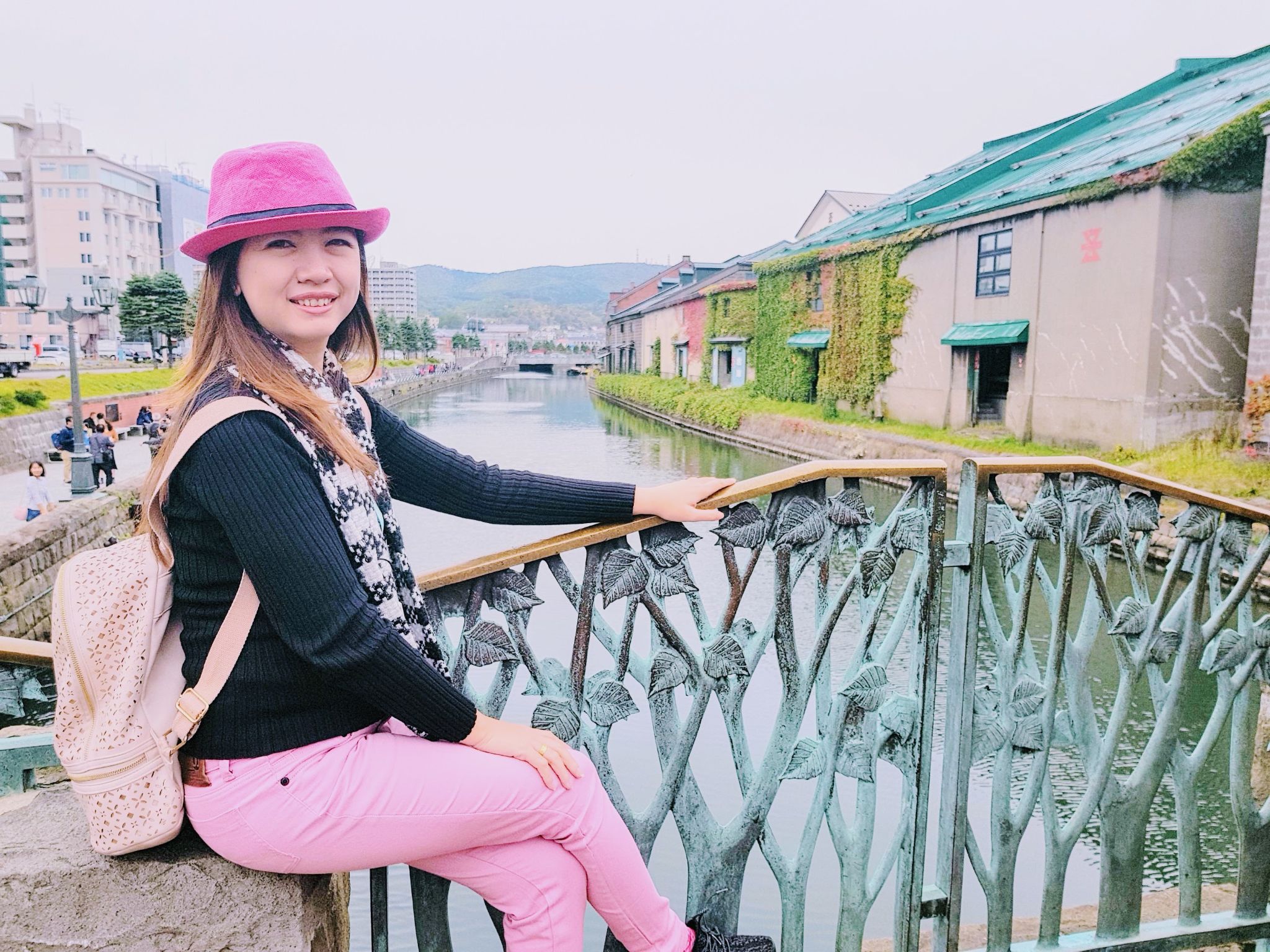 Traveling to the southwest of the center of Sapporo, and another one of the interesting places to visit in Hokkaido is Mount Moiwa. It was referred to as "Incarsipe" in Ainu language, meaning: where you always go up and watch, and I could not have found a name more fitting as its peak observatory offers a panoramic view of Sapporo's city lights, which sparkle like polished stones and dot the Ishikari Plain. It’s also regarded as sacred by the residents as they appoint mount Moiwa as the dwelling place of their Gods. They have this cute tradition of ringing the Bell of Joy and attaching a padlock to the railing with a message of love, but honestly, being in Hokkaido and with the company I had with me, I felt like leaving the ringing to others as I was already filled with joy.

Included in the list were Farm Tomita and Zerubu hill which is truly a sight to behold, as its flower fields made me gape in utter astonishment, because how could something be so perfect and real? It was like someone decided that words are not enough to describe how he sees his lover so he painted this delightful garden in hopes that it’ll reflect what cannot be said. 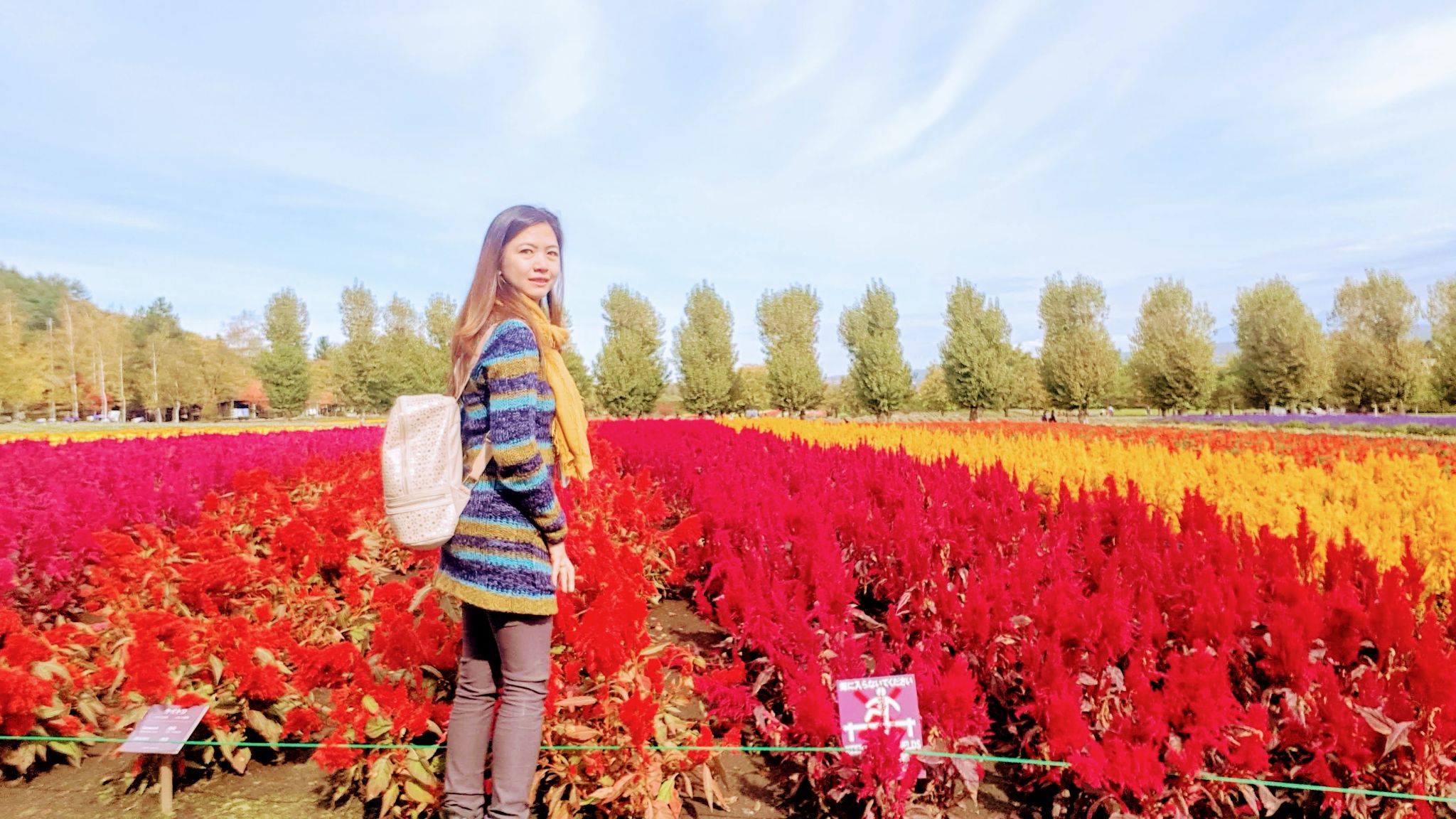 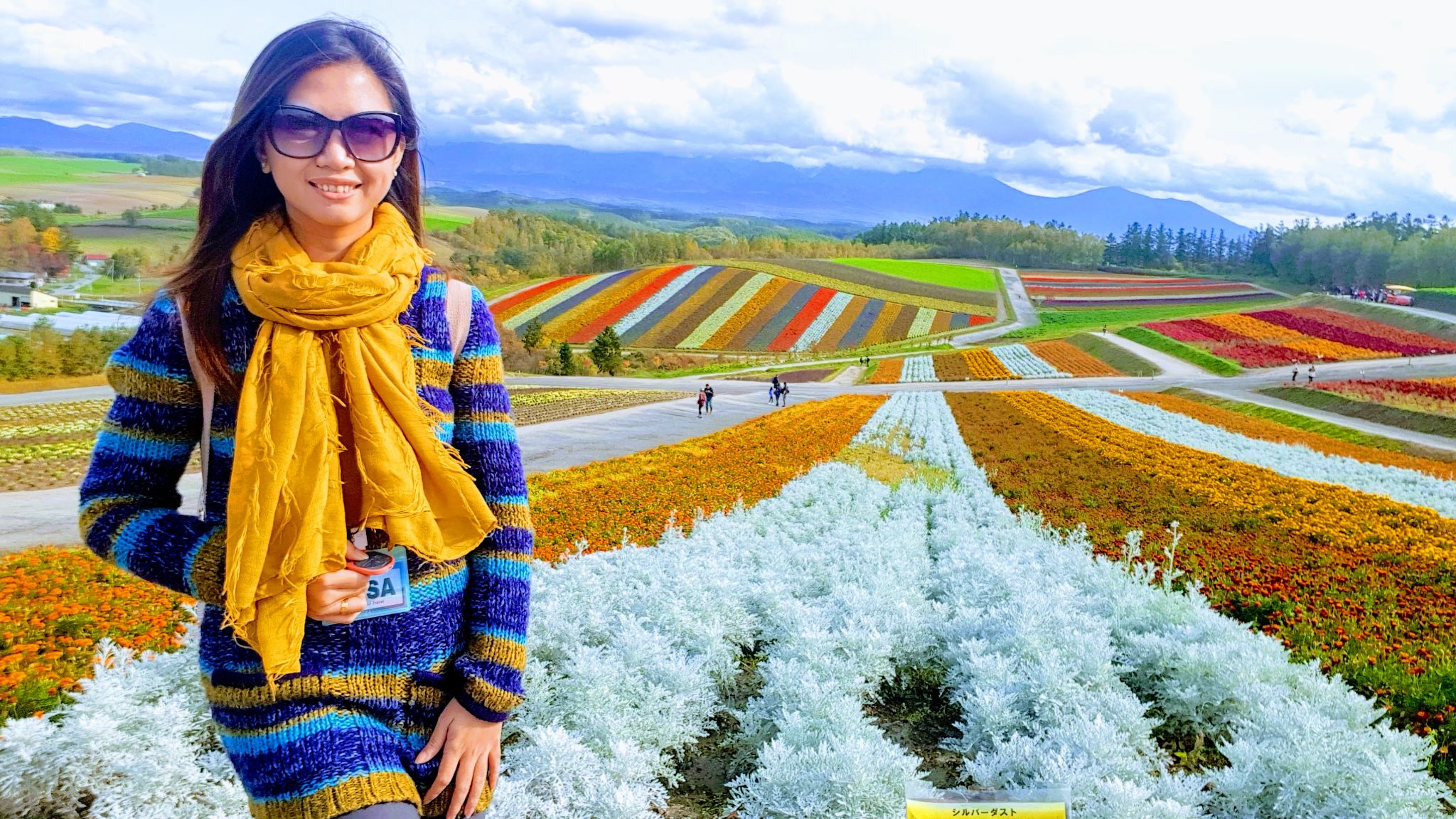 When you’re in Hokkaido as a tourist, It’s almost a sin to miss out on the Blue Pond. Its unique color looks inviting and gives a mysterious effect that is deemed by locals as spiritual. 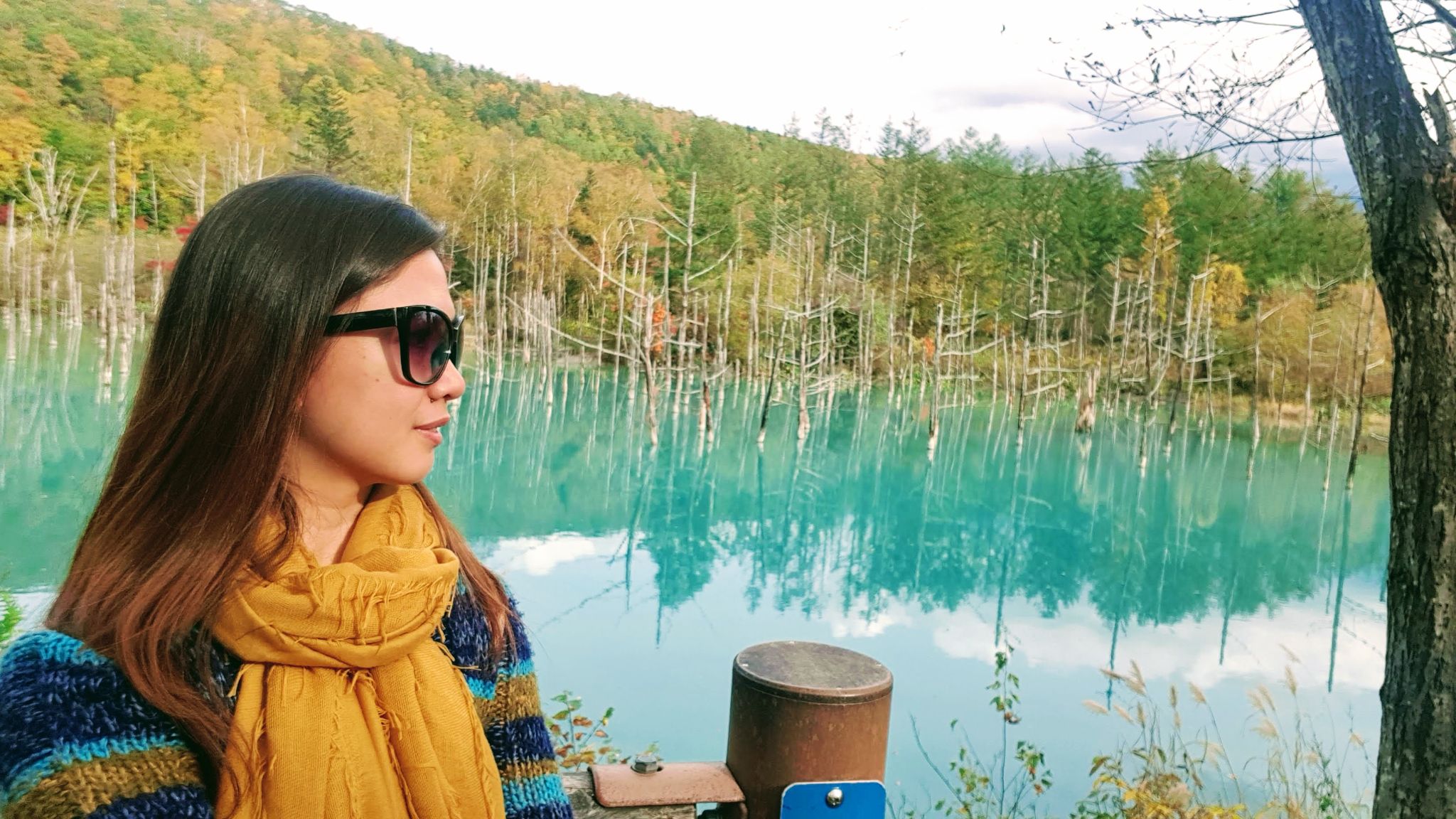 Wanting to bring home a part of Hokkaido with us, we headed to Don Quijote for pasalubongs, and it offered a wide variety of choices. Visit Hokkaido when it’s not peak season (preferable on a Tuesday) for a chance to catch cheap flights.